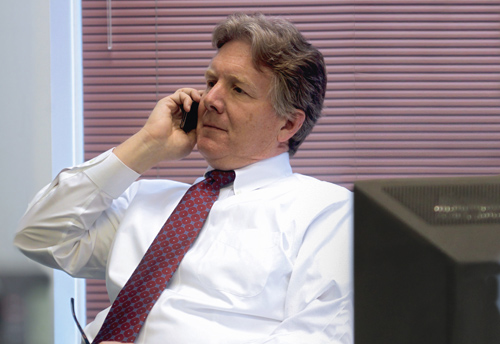 William S. Jarrett, Jr., Managing Director for TrueNorth Capital Partners and head of its Minneapolis office, has over 30 years of investment banking experience, most of which has been as a senior banker providing investment banking services to middle-market clients.

While the bulk of his career has been focused on the middle-market, Bill began his career working for a dozen years on Wall Street where he completed numerous M&A, IPO, public debt, and private placement transactions.  He was an Associate with Kidder, Peabody & Co. and a Vice President in the Chemicals & Environmental Services Group of Prudential Securities.   In 1994, Bill returned to his native Midwest to create and manage a merchant banking group for US Bank (then named First Bank Systems).

In 1996, Bill joined Minneapolis-based Goldsmith Agio Helms, a fast-growing, national investment banking firm focused on the middle-market, as a Managing Director. While the bulk of his work consisted of sell-side M&A transactions, Bill also managed capital-raise transactions and valuation assignments.  As the firm grew and became more specialized, Bill helped create its Multi-Industry Group, which focused on client transactions in the lower middle-market. The investment banking firm Lazard Freres purchased Goldsmith Agio Helms in 2007 and renamed it Lazard Middle Market.

Bill and two colleagues from Lazard Middle Market co-founded Quetico Partners in 2009 to continue to work with lower middle-market companies (defined as companies with enterprise values of between $15 and $100 million), which no longer was a target market at his predecessor firm. Quetico primarily provides M&A and capital-raising advisory services to companies located in the Upper Midwest.

In April 2015, Bill joined TrueNorth Capital Partners as a Managing Director and Head of its new Minneapolis Office.  TrueNorth, headquartered in Stamford, CT, is a growing firm comprised of senior bankers who provide M&A, capital-raising, restructuring and other financial and strategic advisory services to middle market clients that compete a broad range of industries.

Bill is also active in the Twin Cities community. In 2009, Bill joined Twin Cities Angels, LLC, a group consisting of a broad range of professionals who make joint-investments in early-stage companies. Through this affiliation Bill has made investments in various medical device, software, technology, and other high-growth companies.

Bill received an AB degree from Dartmouth College and MBA degree from the Yale School of Management. He is a CFA (Chartered Financial Analyst) and has written numerous published articles and given speeches on mergers and acquisitions. Bill has various securities licenses, including Series 7, 24, 63, and 79. Bill and his wife Nancy, who have three grown children, reside in the Minneapolis area.