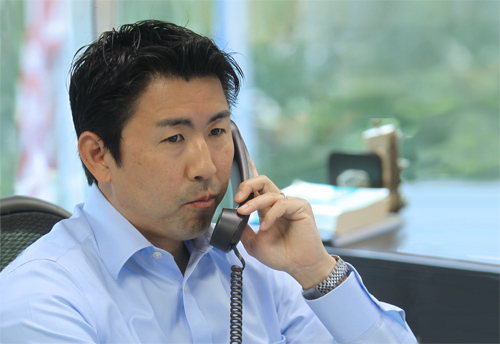 Tsuyoshi (Yoshi) Togo is a Managing Director with TrueNorth Capital Partners LLC where he is involved in various advisory services including, mergers and acquisition, private capital raise and valuations. Yoshi has nearly 20 years experience in corporate finance, including, 12 years in investment banking with a strong focus in originating and executing cross-border M&A transactions between North America and Asia. He has experience in various strategic advisory assignments, including buy and sell-side M&A assignments, joint ventures, acquisition of intellectual properties, minority investments, and valuations. These engagements have focused primarily on middle-market companies and have included a wide variety of businesses and industries including industrial manufacturing, consumer, retail, IT, chemicals and energy.

Prior to joining TrueNorth, Yoshi was a Director at GCA Savvian Advisors in New York where his responsibilities included advising clients on various corporate finance assignments with particular focus on US-Asia cross-border transactions. Prior to GCA Savvian, Yoshi was with Mitsubishi UFJ Securities (USA), where he was actively involved in originating and executing numerous cross border M&A transactions. While at Mitsubishi UFJ, Yoshi worked on a range of projects with TrueNorth’s founding partners’ predecessor firm.

Yoshi started his career at Bank of Tokyo (currently The Bank of Tokyo Mitsubishi UFJ) where he spent seven years in Tokyo and New York gaining his experience in corporate finance. He received his B.A in Economics from Keio University in Japan and his MBA from Tuck School Business at Dartmouth. He holds Series 7, 63 and 79 securities licenses.